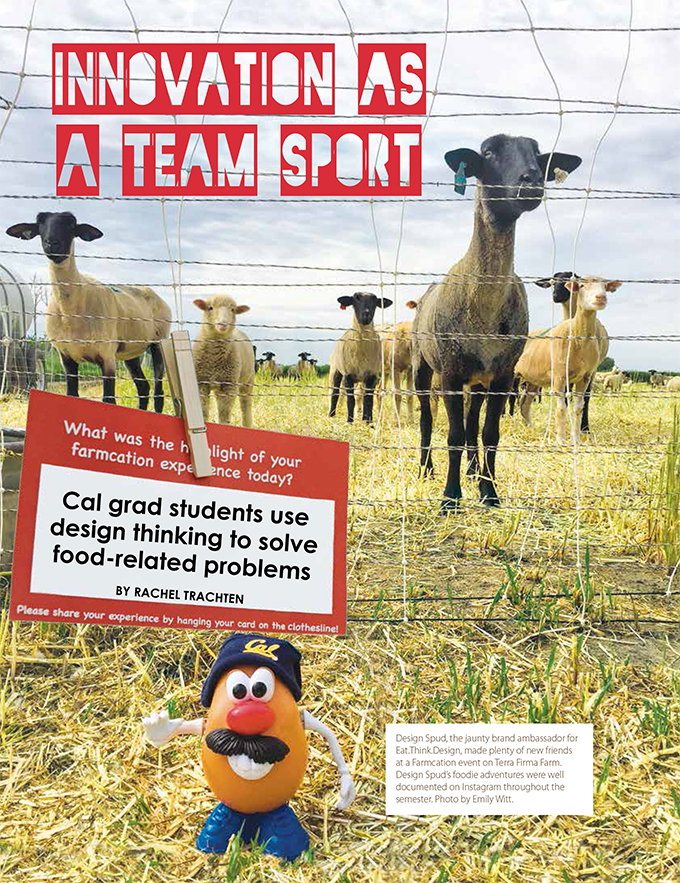 “How would you get more people who aren’t eating butter to eat butter?”

Sixty-five UC Berkeley grad students puzzled over this light-hearted question as they vied for just 25 slots in the public health innovations course Eat.Think.Design. Course instructor Jaspal Sandhu likens this class audition to putting together a team or theatrical production and finding “a cohort that will work together in interesting ways.” Butter Day also gave students a taste of design thinking as they brainstormed various angles on butter consumption, including the recent McDonald’s dec... 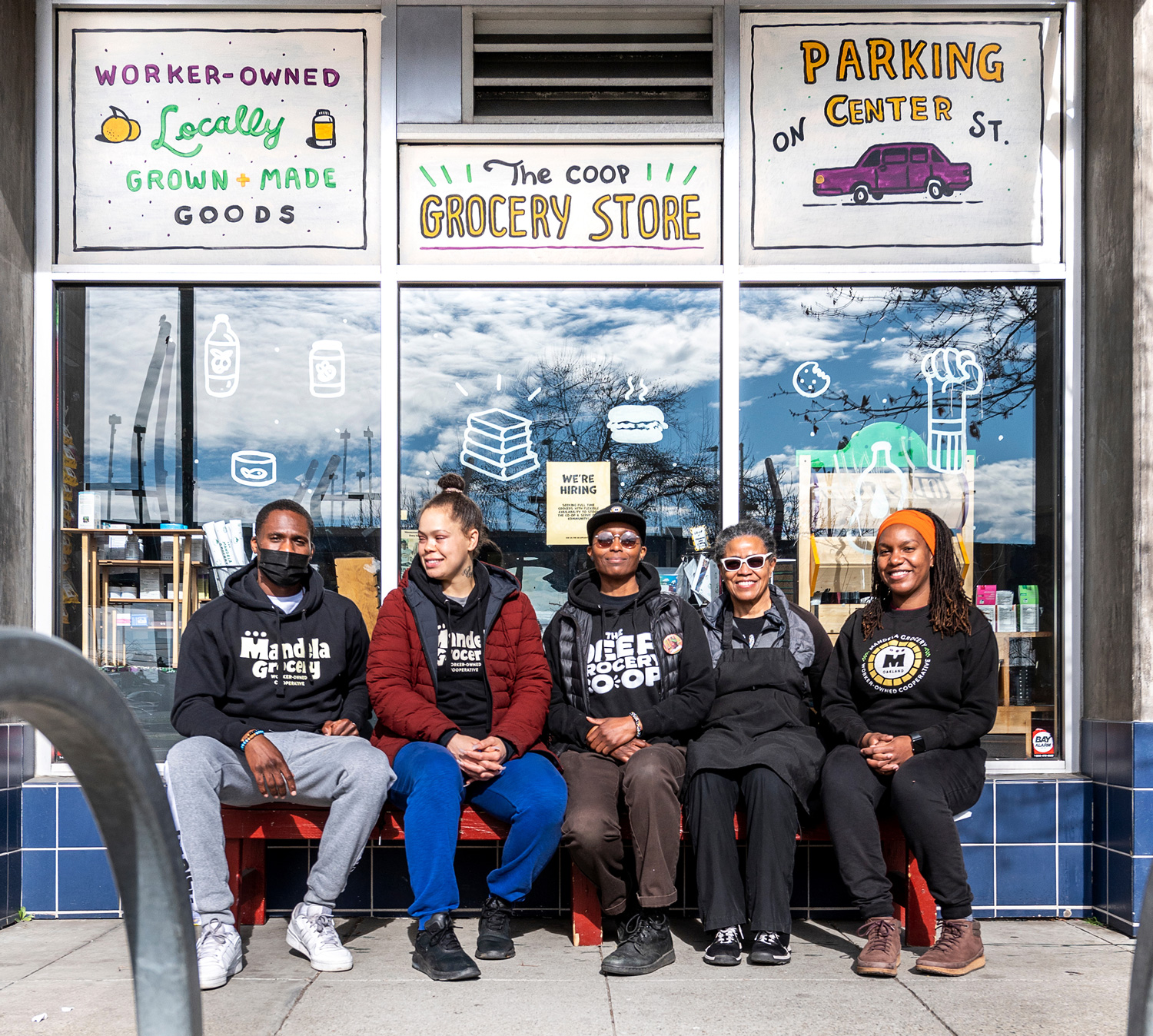 Employee-owned businesses weather the pandemic, with surprising advantages along the way
By Rachel Trachten | Photos by Shannon Kelli
On March 16, 2020, Andrea Talley arrived for her shift at Oakland’s Mandela Grocery Cooperative to find a line of customers snaking down the block. The pandemic shutdown had just begun, people were panicked, and many items were in short supply.
Talley, a worker-owner at the co-op, describes the experience of those days in a surprisingly upbeat way. “It was a be...

Sharing the Bounty at MariLark Farms

A New Take on Giving Away the Farm

Charlie Costello wants to give you free tomato plants and teach you to save seeds. Last year, Costello gave 400 tomato plants to East Bay gardeners for their schools, urban farms, and homes. This year, he’s on track to share just as many, or maybe more, as he grows 18 different varieties, mostly from seeds he’s saved and started in his MariLark Farms greenhouse in the Berkeley Hills.

In May, Costello launched the MariLark Community Seed Ba... 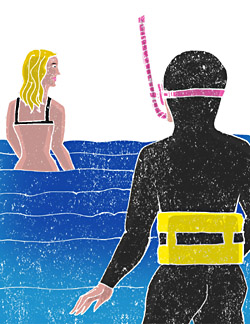 Is there any better magazine assignment than the chocolate beat?

Well, no, there just isn’t.

Before launching our exploration of East Bay chocolate, we turned to Berkeley’s own First Lady of Chocolate, Alice Medrich, from whom we learned some basics of the craft.

Medrich ran her own chocolate dessert shop, Cocolat, in North Berkeley from 1976 to 1989. On selling that business, she turned her attention toward writing, co... 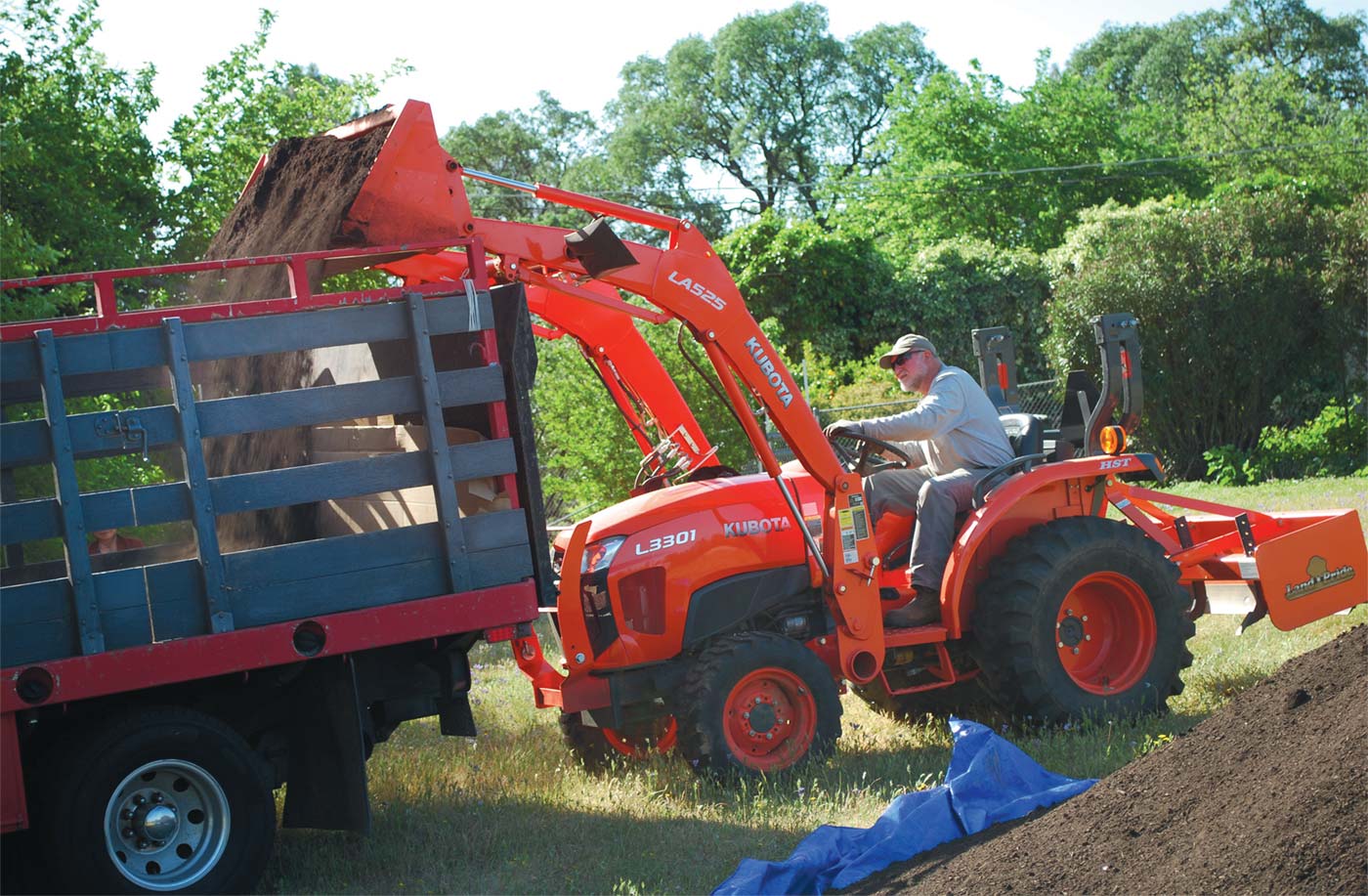 A grassroots local food network thrives in Butte County
Inheriting her family home in Chico presented Toni Zanella with both a problem and an opportunity: “I saw a lawn and thought about maintenance,” she says. “First, I didn’t want to mow it; second, I didn’t want to use the water for that; and third, it could be used to grow food for people.”
In 2020, Zanella discussed her property with Pamm Larry, whose efforts to organize the nonprofit Butte County Local Food Network were ramping up. Larr...

Community service, fair wages, plus some healthy and flavorful takeout, all in one package
By Rachel Trachten | Photos by Cheryl Angelina Koehler
If there’s been one theme in the 2021 economic recovery, it’s that workers are demanding higher wages and better working conditions. But for Gabriel Cole, CEO and cofounder of the Emeryville-based social enterprise company Just Fare, that was the goal long before the shutdowns.
Just Fare offers kitchen consulting services, office catering, a deliver...

Shared Cultures explores koji in traditional and creative fermented foods
By Rachel Trachten
“The mushrooms found me,” says Eleana Hsu, co-founder of Shared Cultures, describing a period when she was depressed at her desk job and hiking a lot to lift her spirits. The extra time out in nature spurred her interest in fungi, specifically koji: a mold fungus used to create fermented foods like soy sauce, miso, and sake. Her partner, Kevin Gondo, shared her interests, and both were fascinated with...

James Albon serves up the ultimate mushroom madness in The Delicacy
Book review by Rachel Trachten
James Albon’s wickedly clever graphic novel, The Delicacy, tells the story of two brothers from Scotland whose dream of growing organic food and opening a restaurant in London spins into a tale of greed, selfishness, and ultimately, murder.
When brothers Rowan and Tulip learn that they’ve inherited property near London from a deceased aunt and uncle, they reconsider their current situation livin...

You Mean Fish Have Seasons?

Two local architects depict seasonality through food,
flowers, and whale migrations
By Rachel Trachten
It was the summer of 2011 when architect Brian Friel walked over to the South Berkeley Farmers’ Market expecting to find citrus. He didn’t. In fact, several of the items on his shopping list were also out of season, prompting Friel to realize he didn’t have a good understanding of local seasonality.
He raised the issue with Meghan Dorrian, his friend and business partner in the architecture ... 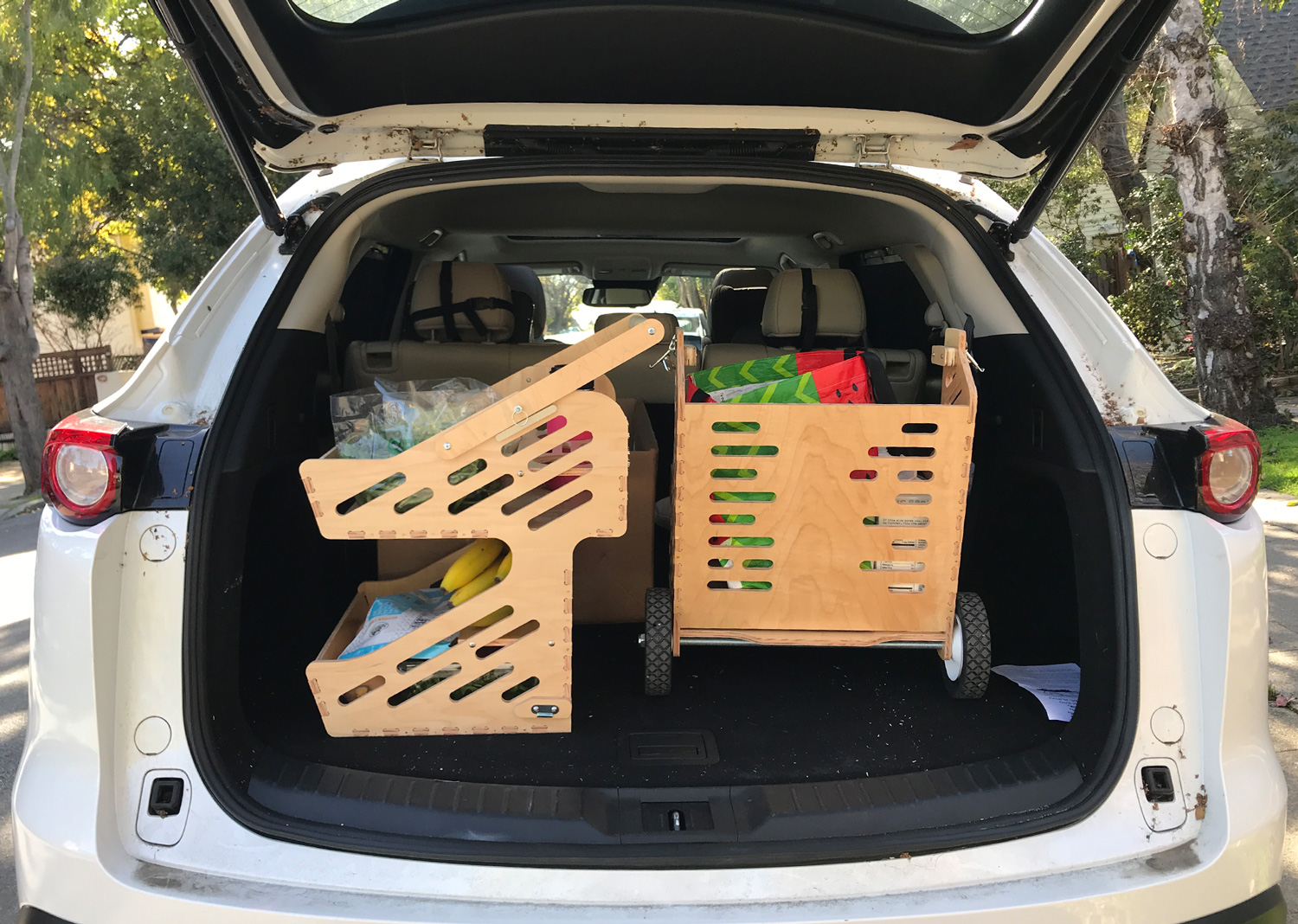 Meet the Harvest Made Market Cart

No more aching arms and squashed strawberries
Have you seen someone like me at your local farmers’ market—a bedraggled shopper with an overloaded bag on each arm and a bulging backpack bringing up the rear? Even as I’m leaving the market, I can’t help making one last impulse purchase, stuffing a few apples or a head of lettuce into my bag. By the time I get home, the damage has been done: Strawberries are squashed, tomatoes ooze, a cracked egg drips onto the salad greens. So you can see why I...

What’s been happening around the East Bay?
By Rachel Trachten | Photos by Rachel Stanich
In March when everything shut down, school and community gardens were in full spring swing. Neighbors walking past the gardens noticed pea vines curling up behind locked gates and wondered what would become of the food, and what would become of garden-based education. Here’s what we learned from some organizations we spoke with.
Edible Schoolyard
It’s been 25 years since Alice Waters launched the idea of ...

Oakland’s Renewal Mill spins out new upcycled foods
By Rachel Trachten
The process of upcycling works its magic in two ways: first, it makes use of something that would otherwise be wasted, and second, it transforms that item into something of higher quality.
The idea of making a valuable upcycled product was percolating for Claire Schlemme back in 2012–2014 when she was in Boston running an organic juice company called Mother Juice. Schlemme was concerned about the issue of food waste and fr...

Jumping Through Hoops
How a psychologist/activist built a farm
for the community on Contra Costa
County Sanitary District land
By Rachel Trachten
Carolyn Phinney was a master at overcoming obstacles even before Covid-19. Now the pandemic is yet another hurdle to navigate as she runs a thriving farm in Martinez, donating her produce to emergency food programs and families in need.
Phinney is quick to say that she knows nothing about farming. And yet, this research psychologist and political ac...

What is Thrive Dining?

Thrive Dining makes eating easier and keeps
meals tasty for people with medical issues
By Rachel Trachten | Photos by Aaron Draper
At Bayside Park retirement community in Emeryville, a table is set for lunch with no utensils in sight. Some residents here are using Thrive Dining, an alternative for people with medical issues that affect coordination, cognition, chewing, or swallowing. The list ranges from stroke or dementia to Parkinson’s disease or
dental problems.
The basic idea behind Thriv...